Menu
GET A FREE DEMO 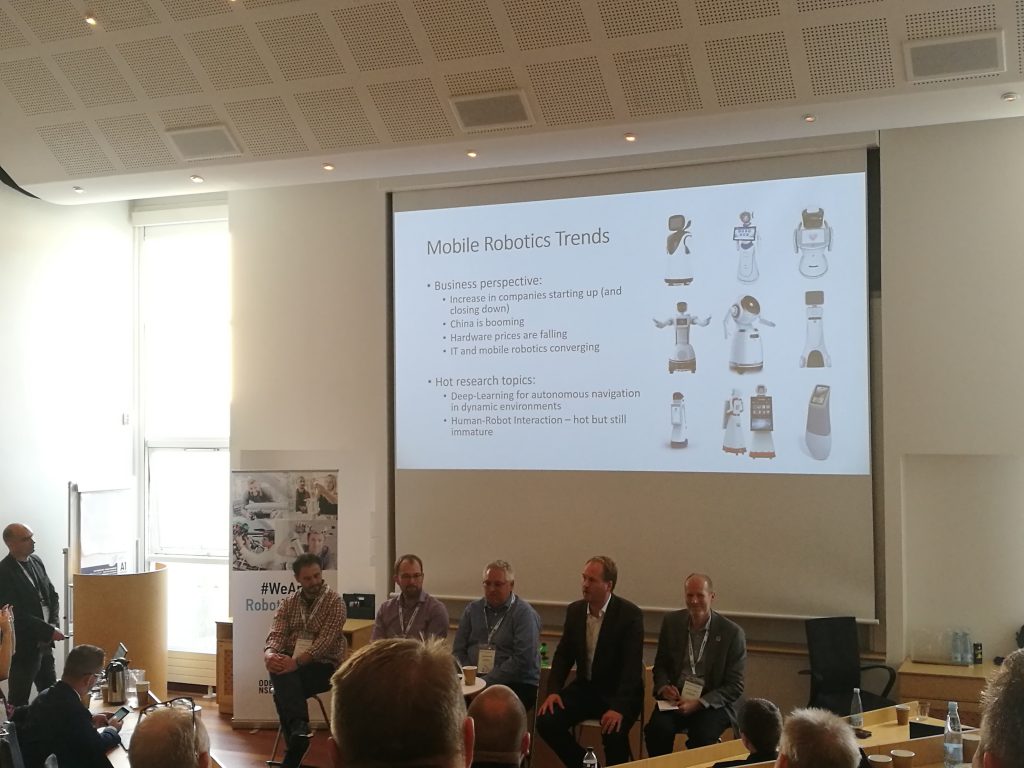 The 19th of September, Coalescent Mobile Robotics participated at the Mobile Robot Summit held by RoboCluster, Odense Robotics and the Danish Technological Institute at Forskerparken in Odense. This day was filled with inspiration, dialogue and networks about mobile robots in Odense. We are glad to have participated and be part of Mobile Robot Summit, which had the purpose to show the potential of mobile robots, inspire new collaborations and look at opportunities to develop new mobile solutions.. The morning has been filled with interesting presentations. The first presentation was held by Rian Whitton, ABI Research. Mr. Whitton talked about insights into the mobile robot market from an analyst perspective. The first panel debate had the title: What are the needs of end users?

While the second panel debate discussed Who can meet end users’ needs?

And in the third panel debate the panelists discussed about Which technologies are emerging?

Among all the activities we participated throughout the day, our UX Researcher Moira Mastrone was particularly interested in the last presentation made by Nicola Thomatis, CEO of BlueBotics. Mr. Thomatis explained to the participants the difference between service robotics and mobile robotics concluding the presentation talking about navigation. The event ended at 3 p.m. and we joined for some networking the StartUp Walk-In. Where Nicola Thomatis presented his life as a pioneer within the field of robotics.